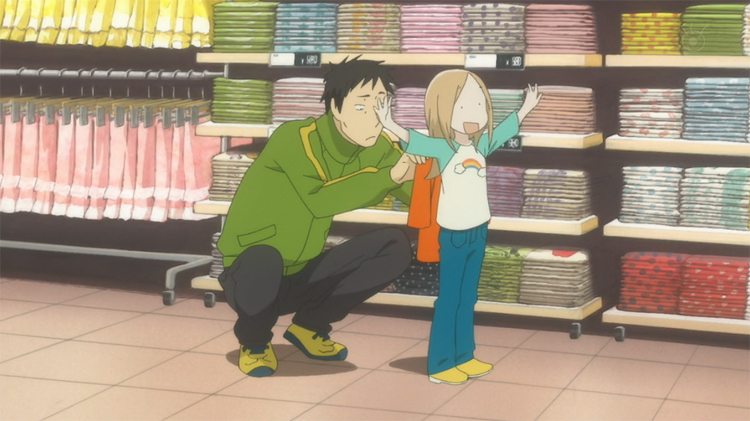 This summer season has some of the most fashion-forward anime in a long time. The panache of Mawaru Penguindrum and the eye-catching traditional aesthetics of Ikoku Meiro no Croisee are easily apparent. [1] However, there is a little girl who has an equally gorgeous collection, one which is perhaps more modern and certainly more wearable than the outfits in those other visually louder series. I am, of course, talking about the adorable Rin. 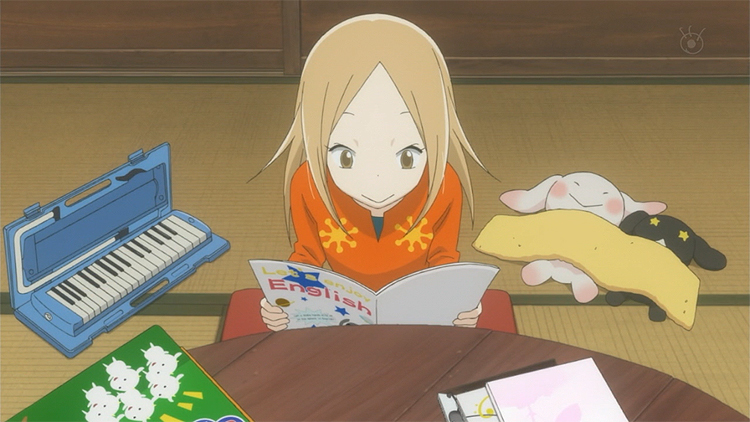 Children’s clothes have been an important part of fashion for a long time. From gossip magazines featuring celebrity moms to the somewhat dubious, creepy Vogue Enfants, kid’s wear have often been in the spotlight and on front covers these past years. Similarly, anime fans tend to pay close attention to whatever the loli is wearing—though for the most part, the majority of anime fans seem more interested in costumes than fashion, but that is a distinction for another time. While Usagi Drop may not have the flashiest clothes, what Rin wears certainly is not only chic, but also a fitting characterization of her. 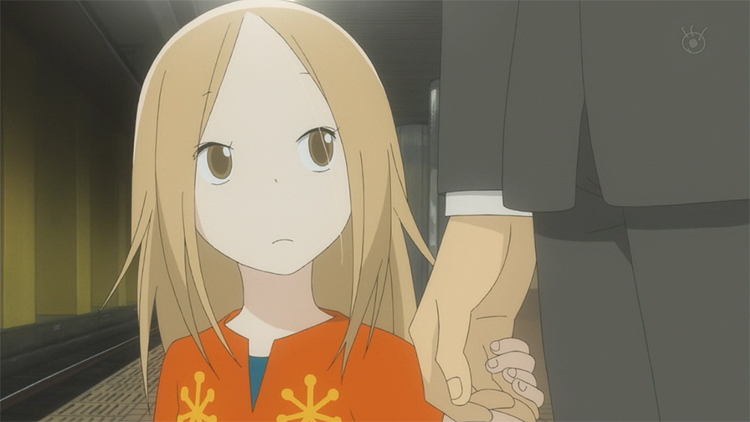 For a fashion designer, an always important question is, “Who am I designing for?”

Who is the person wearing this collection? Where is she going? What is her attitude? In anime, these questions are too often either side stepped completely with bland uniforms or addressed with the subtlety of a falling anvil… or rather, falling striped panties. Unlike those anime, Usagi Drops gives Rin a very fine-tuned, personal wardrobe that highlights her layered personality. 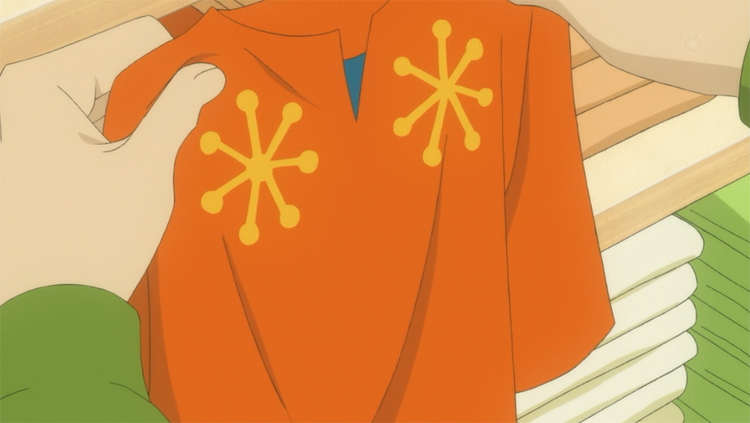 Above is my favorite of Rin’s clothes. I love its beautiful and very modern neckline. I also really like its bold but not overwhelming designs as well as the autumn colors—as a side note, the autumn palette seems to be recurring motif that ties her collection together. [2] The movement and the silhouette are quite fashion-forward too; clothes that are chic, comfortably loose, easy to move in, but still shows the fits of the body are very in. 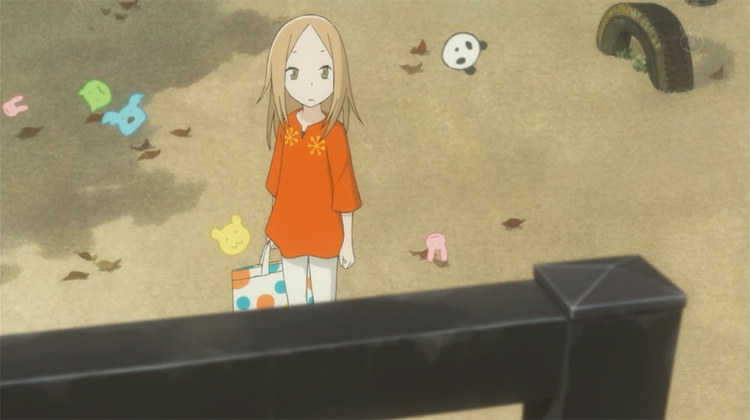 In addition to showcasing just how sophisticated Rin’s tastes in fashion are—she picks this shirt out in the store with fervor—the shirt’s simplicity and elegance fit Rin very well. She is this quiet, gentle young girl, who stands out in the small but unforgettable ways: the neckline, the prints, her innocence, her maturity, her kindness. 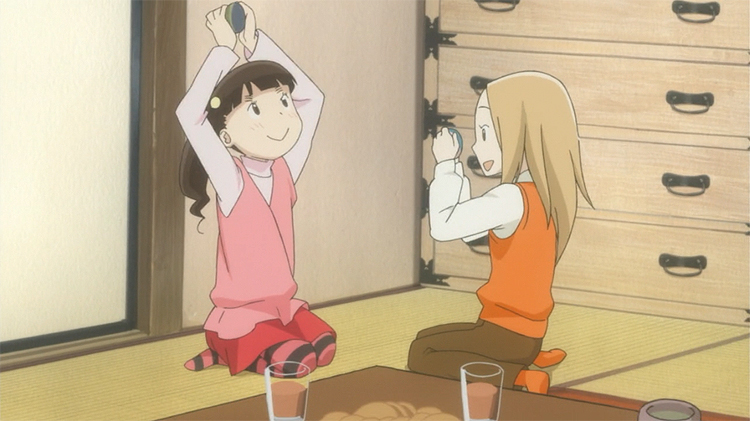 Rin’s modern aesthetics shine even more so when compared to some of Reina’s looks, which often feels a little more traditionally “girly” and very constructed. There is something to be said about Reina being almost always in skirts and Rin in pants too. 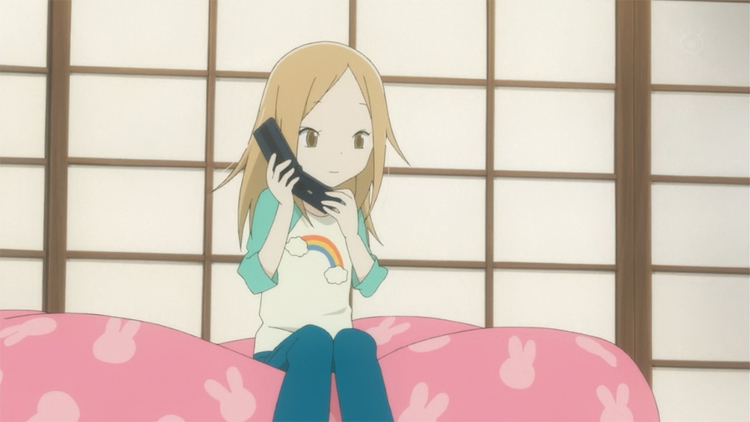 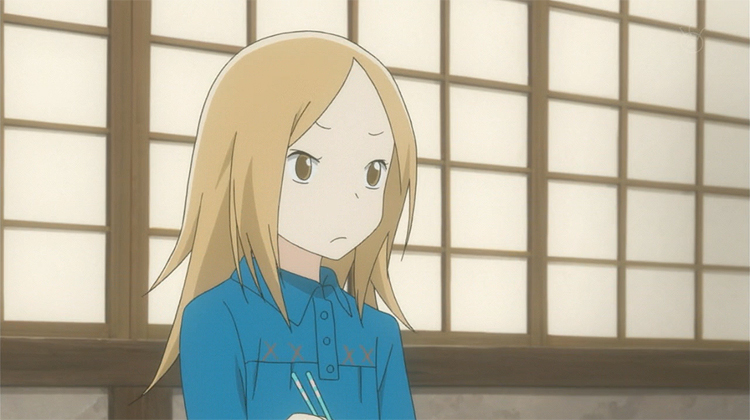 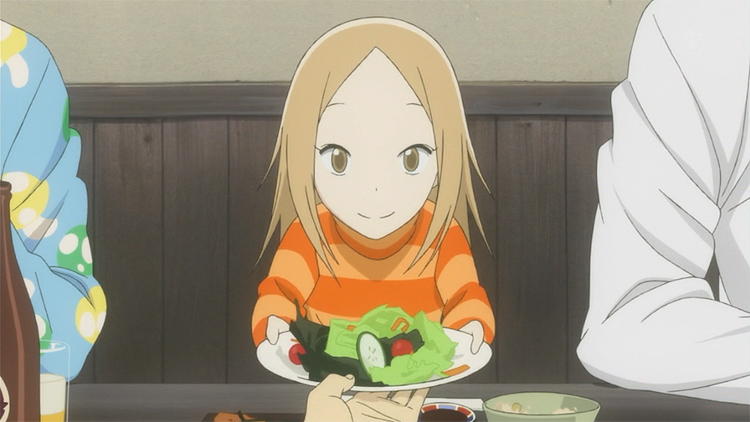 Furthermore, Rin also has several other long sleeved tees with whimsical prints—a rainbow for example—over an otherwise simple design. As well, she has a few collared tops and a striped turtlenecks that sport that are quite pretty. These various looks and my favorite top all feel very effortless, casual, a bit childishly cute, but still actively attractive, and never boring. Indeed, Rin is this adorable girl who is so easily personable and so hard to ignore… So hard to not love. 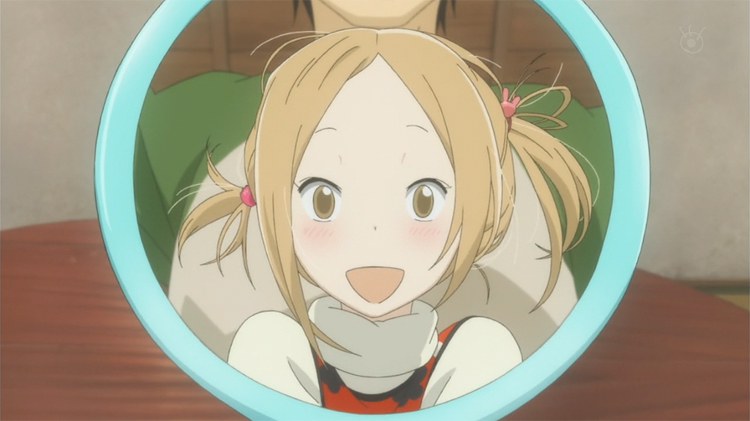 When Daikichi first decides to take Rin in, I had my doubts. For a single man with seemingly little delicacy, raising a little girl is surely too much for him to handle. But after a few episodes, I find a lot of comfort in watching Rin. At such a young age, she already has a clear idea of what she wants, and she can confidently and gently assert herself. [3]

No, I think Rin and Daikichi are going to be just fine.