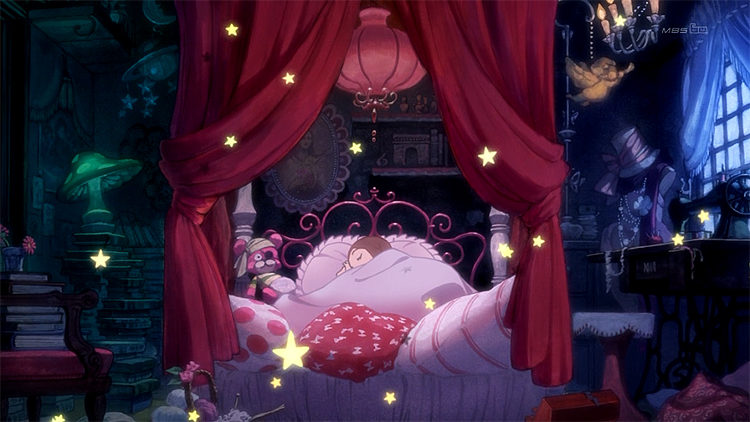 Last night, on a whim, I watched Mawaru Penguindrum with a few friends, and what an incredible visual experience that was. Immediately, the series bombards us with a dazzling, unreal array of bright colors, gorgeous imagery, and above all, brilliant whimsical fashion. Himari’s outfits are among the first things that jumped out to me. The adorable blue top, bell skirt, and chemisette remind of Alice in Wonderland. Of course, that outfit is not exclusive to Alice. However, given the image Alice has in today’s pop culture, as well as the emphasis the series places on fairy tales and other fantasies, Himari’s clothes and “her” fashion sense are almost unmistakably Alice-inspired. 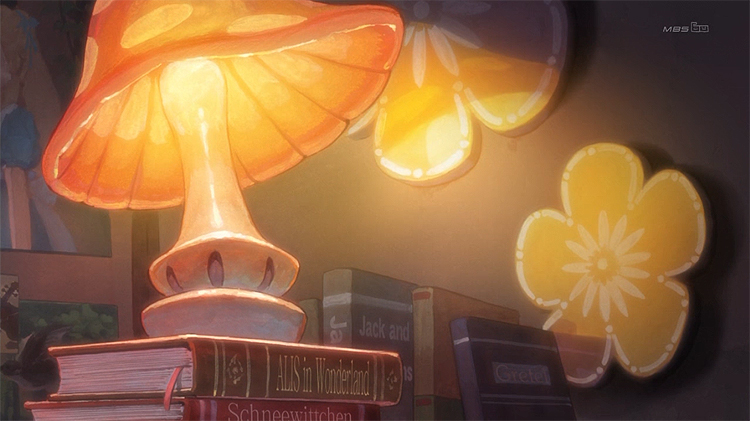 I had not thought much of this initially, and simply passed the fashion sense as Mawaru Penguindrum’s way of styling—and perhaps there really is not much more to it. Still, I find the multiple roles of Himari particularly fascinating. Mawaru Penguindrum follows our three heroes as they confront the cold realities of fate and death via a psychedelic quest for the penguin drum. The adventure begins with a transformation of our heroine. Change is a major theme of  Alice’s Adventures in Wonderland and Through the Looking-Glass, both of which can be interpreted as metaphorical tales of a confused, maturing girl entering into the adult world; the chaos and emotional turmoil are manifested in the variety of mad dream characters. With that in mind, Mawaru Penguindrum’s transformation sequence, while seemingly unnecessary to the exposition, may in fact be significant. 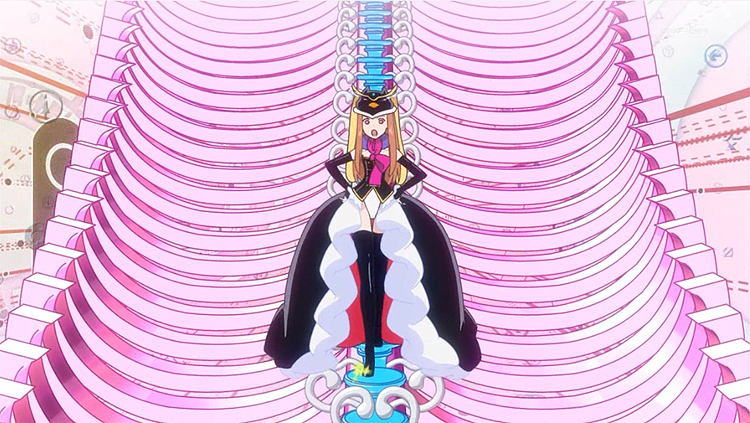 That scene is especially stylized when compared to the rest of the series that takes place in the real world. Amid all the train iconography, there is an outstanding high fashion vibe: beautiful dresses, a cohesive collection, and even a runway. Indeed, the setting and the animations are reminiscent of a fashion show, and Himari is the stunning model. She struts down the catwalk with an overwhelming confidence.

Further, as expected of a fashion model, she changes and rocks various looks with attitude. 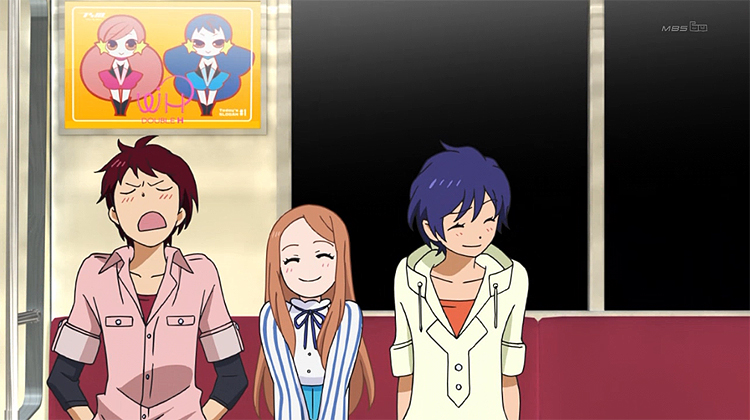 She was the naive Alice, inadvertently chancing upon this wonderland, and perhaps joined by her two cats (Snowdrop and Kitty) or two siblings (Elsie and Tillie) 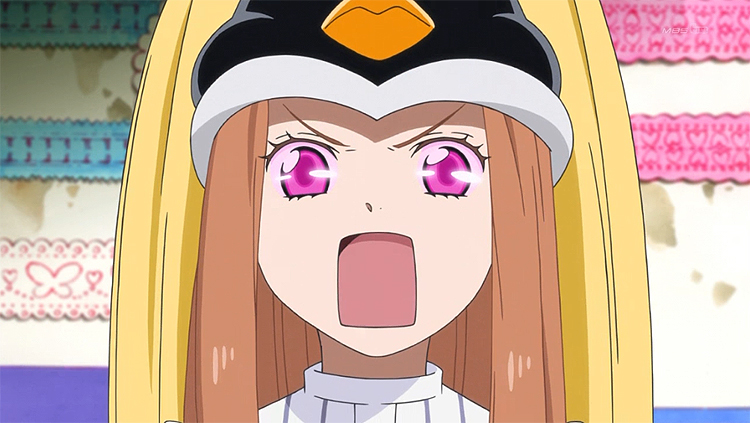 But upon entering wonderland, she becomes the mad hatter, suspended in a timeless tea party, exclaiming her version of “Tea Time”—”Survival Strategy”—on random occasions. 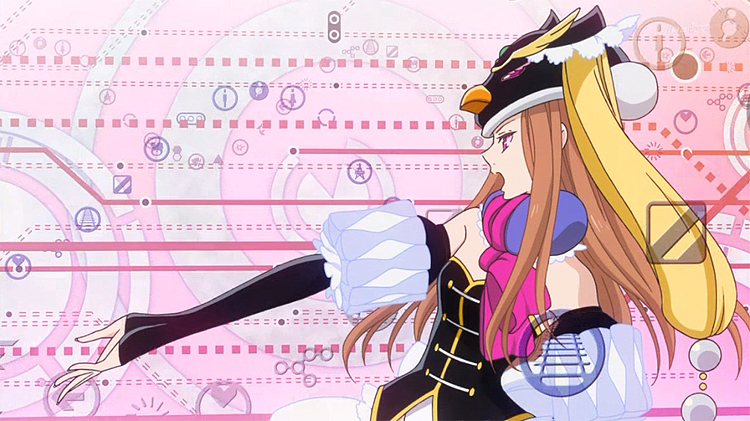 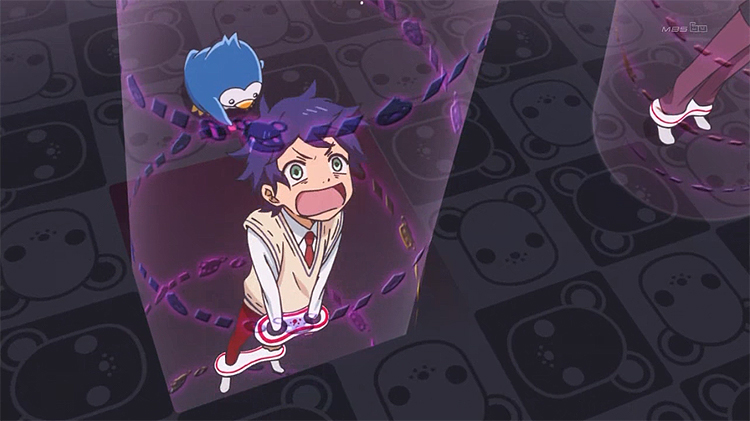 She is also the queen of hearts, regal in her presence, but a bit undermined by the Jester Couture and the unreasonable elimination of others. 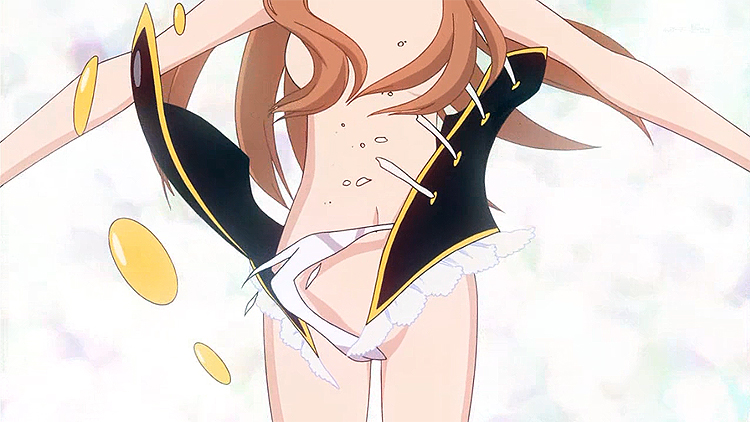 Or perhaps the Red Queen, dictating the rules of a game that will possibly have the twins running across the board; as well, the white queen, who foresees the future, having come from the destination of the twins’ fates. 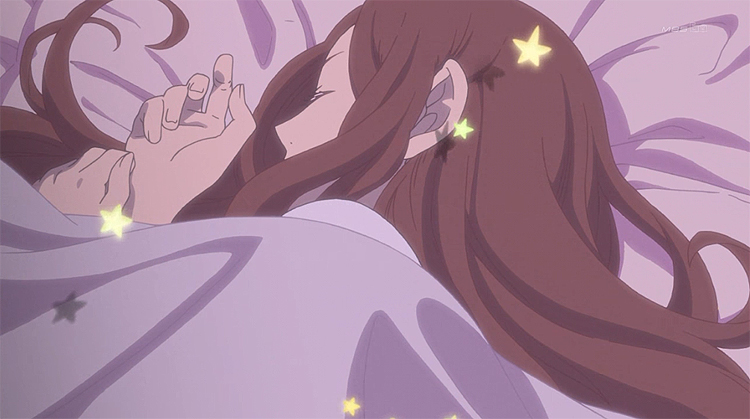 Of course, Alice in Wonderland is not the only influence on Mawaru Penguindrum, though it is prominent. In any case, Himari undoubtedly embodies elements of these fantasies. The distinct fashion, the unreal colors, and the blatant imagery all scream toward a fairy tale. As we delve into the series further, we question whether all of this is a dream, but not necessarily in the literal sense. The twins are given an illusion of having control over destiny within a game set up by a mysterious being who claims to have come from the end of their fates. 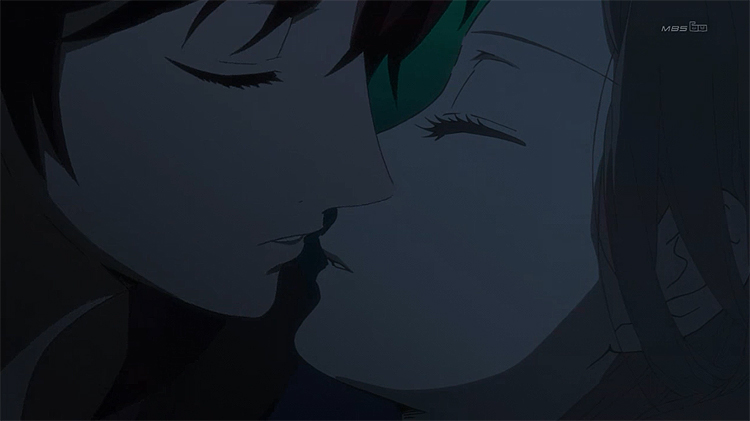 I have no idea how this fabulous dream will end, but I’m willing to follow the penguin and take the red pill with Kanba.

58 Responses to Fashioning a Fairy Tale – Transformation in Mawaru Penguindrum