Two seasons ago was summer—and seeing as the year just ended and that I am behind on most of my backlogs—it seems appropriate to reminisce a bit on the warmer, easier times now. Last summer marked a year I have been in Taiwan since my recent move. Much has happened, and among them is a significant dwindling of my anime-related activities. In fact, I only viewed two series over the summer. One of them included a small, relatively unknown title: Natsuiro Kiseki.

There was little talk leading up to Natsuiro Kiseki’s release. As another anime that rode the idol train this year, the series is comparably quieter and less glamorous than the other idol-themed anime. Its loose role as a promotion for the popular SPHERE helped little to generate hype. This is surprising, perhaps, but understandable—Natsuiro Kiseki is short, lacks high-quality production values, and sports an unexciting premise: Four young best friends from a beautiful island town strive for their idol dreams before one of them moves to the big city… And miracles happen. It sounded snazzy, but overwrought.

Yet, the execution is stellar!

Indeed, Natusiro Kiseki is fantastically nuanced. It details an important transition stage in these young girls’ lives. The anime wastes little time in setting up just the right atmosphere and tone for its themes. The first episode immediately confronts us with a heavy sense of loss. The tight-knit clique find out that one of them, Saki, is moving away at the end of the summer. The ensuing conflicts deal with a genuine frustration, cynicism, but also eventual acceptance of the impending parting. Natsuiro Kiseki captures these emotions so well with the girls’ interactions however mundane they may seem. 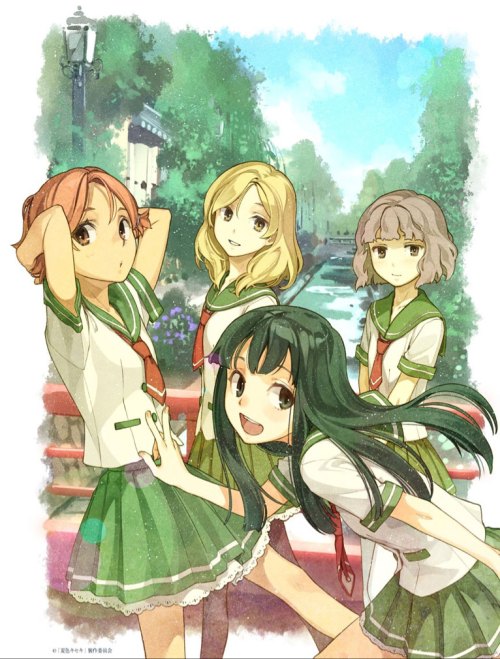 The series can really appreciate the fluidity of clique dynamics of middle school girls. The characters act slightly differently with each member, and with each subset of the group. There is a minor sense of clique within the clique, shifting attitudes, and varying relationships, even with just four people. For example, Saki and Natsumi are the two alpha females of the group, and both often juggle for leadership. Their more dominant personalities also pair them well together. On the other hand, Yuka and Rinko have their own oddball duo routine—the funny one and the mysterious spiritual one. These two are especially well-positioned to contrast the other more serious pair. Individually and within the group, each girl stands out as well. Saki’s future, Natsumi’s worries, Yuka’s antics, and Rinko’s heart are but a few notable elements to what drives this slice-of-life. 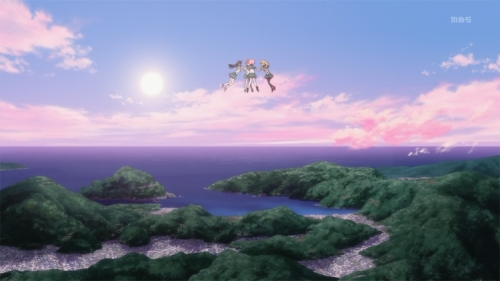 And then, there are the miracles. In a story that is so sincere and that deals with such a real, common part of childhoods, the miracles are still seamlessly integrated. There is an impressive, but relaxing ease to the rocky mysticism that threads the girls’ problems and aspirations. Some may be magnificent—flying and time travel—while others are a bit silly—body switch and body glue—but none feels too extravagant. These impossibilities are kept small, untainted by adult ambitions, and the girls deal with the incredible power with earnest naïveté. Likewise, the idol dream of the four girls comes from a warm, innocent place. They just want to make some memories of their summer.

Perhaps their summer memories and Saki’s relocation resonated with something in me. A little over a year ago, I moved to Taiwan. With the vastly different timezone, I have not had much chance to catch the semi-weekly sporadic gatherings of friends for anime, classic films, and fun chats I once enjoyed so much. This past summer I was able to reconnect a bit with old friends through Natsuiro Kiseki and Skype. I watched the earlier episodes with the folks over at The Untold Story of Altair and Vega, and finished the series with Akira and Ayame. My own little summer-colored miracle.